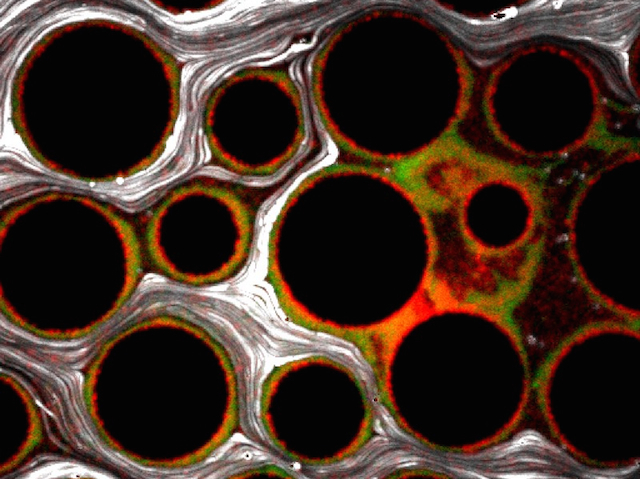 Communities need diversity to thrive. Such is the case for bacteria, bunching together to form close-knit structures called biofilms. Some, but not all, of the cells produce the matrix, a glue which holds them together. Making this matrix helps them stay put when liquid flows past, and also grabs nutrients from the passing stream, so why don’t they all make it? Researchers compared a healthy strain of Pseudomonas aeruginosa (in green here) – a soil-dwelling bacteria prone to infecting vulnerable hospital patients – to one unable to produce the matrix (red). On smooth surfaces, the original bacteria outcompeted the modified version entirely, but introduce some obstacles (black) to divert liquid, and the second strain prevails in secluded pockets. Away from the threat of being washed away, they had the upper hand, explaining why in natural situations, with all the nooks and crannies of the real world, such diverse populations of bacteria exist.