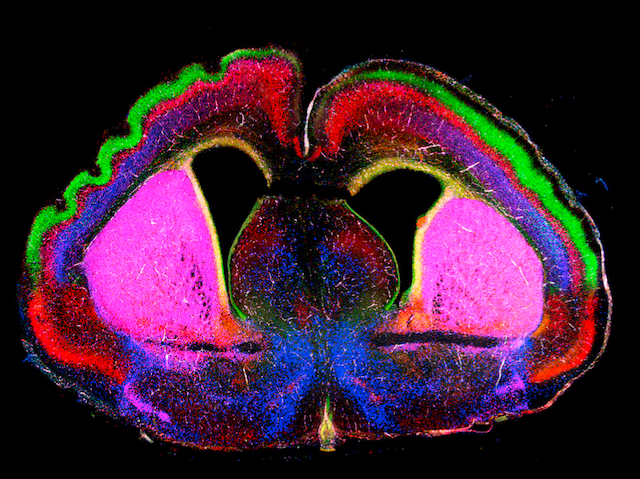 Scientists have identified a receptor that plays a crucial role in how our brains fold during early development. This folding enlarges the brain’s surface area, creating room for the neurons that carry our thoughts and memories. To explore how folds develop, researchers studied the brains of mice. Unlike people, mice have smooth brains. The team found that they also have higher levels of a receptor, called FLRT. This was shown to help neurons to stick together and move in an orderly way from the inner brain (red), to the outer layer (green) during development. When mice were engineered to have lower than normal levels of FLRT receptors, to match those found in people, the mouse neurons formed weaker bonds. This allowed them to move freely towards the outer layer, where their build up created pressure. The study suggests it’s this pressure that causes brain tissue to buckle and fold (top left).