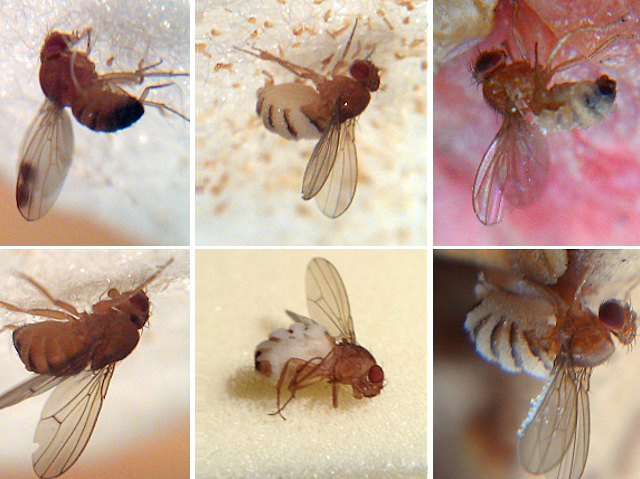 It sounds like the plot of a horror movie: a mind-controlling parasite that turns its victims into zombies and manipulates them to do its bidding. But this terrifying scenario actually happens in real life. The parasite is a fungus known as Entomophthora muscae and the hapless victims are fruit flies – often used as laboratory models for human disease. The fungus grows inside a fly’s body, feeding on its organs and fat. After a few days the parasite takes hold of the insect’s brain and starts controlling its movements. As the sun sets, the fly staggers towards the nearest high point, sticking its wings up in a characteristic ‘death pose’ (left panels). Over the next few hours (centre), the fungus begins to sprout from the dead insect’s belly in the form of small white spores. By morning (right) the spores are dripping from the lifeless wings, infecting any unlucky flies nearby.