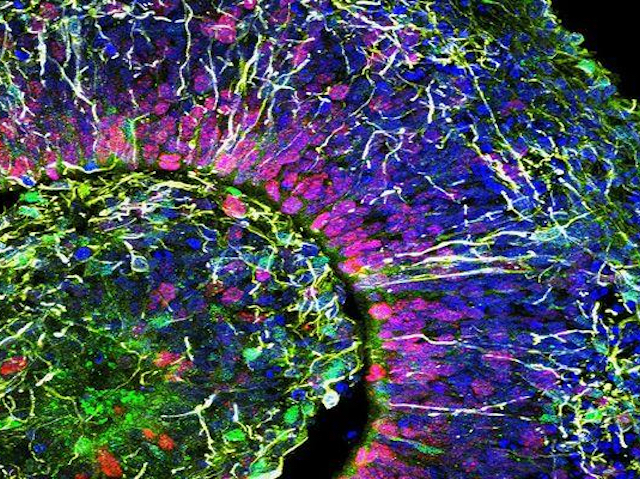 Quicker and cheaper method for growing brain 'organoids' in the lab

Analysing the physiology and pathology of the human brain would be far easier if it were possible to remove parts of the living organ for study. But since this is largely speaking not possible, scientists have come up with the next best thing – model brains grown from human cells in culture. A slice of one such brain organoid is pictured. These brains-in-dishes are valuable research tools for neuroscientists, but they are time-consuming to produce. Human cells taken from an accessible part of the body, such as skin, must first be converted into pluripotent stem cells before being differentiated into neurons. Now, however, researchers have developed a method for switching cells directly without the need for the stem cell step. With fewer manipulations, researchers will be able to produce organoids more quickly and cheaply, and therefore get on with the business of brain science more efficiently.