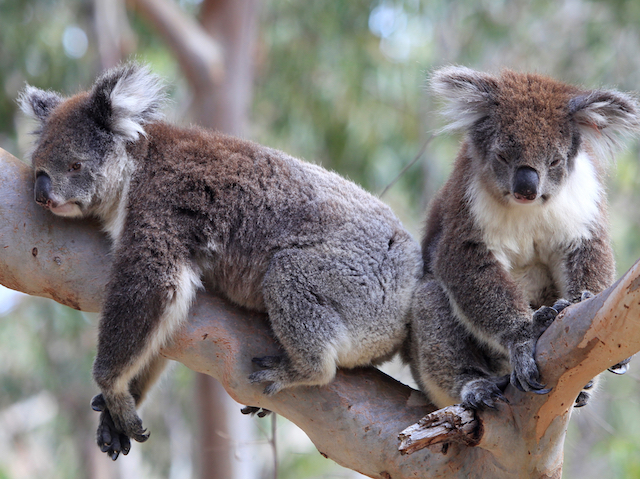 Viral gene insertion into our genome is an ancient process; more recent insertions into the koala genome allows the process to be studied in action

Alongside protein-coding genes, the human genome contains many non-coding sequences, so-called 'junk DNA', including an estimated 8% of our DNA derived from retroviruses. These viruses replicate by inserting their DNA into their hosts’ genomes; if inserted into the DNA of germ cells, giving rise to ovules and sperm, they can be passed on to future generations, eventually losing their viral function. Retroviral insertions in our genome are very ancient, but a more recent, ongoing invasion has been discovered in koalas (pictured), allowing us to study this process in action. Research shows that shuffling genetic material during DNA replication, between koala retrovirus (KoRV) and more ancient retroviral elements in the genome, can quickly disable KoRV. Known as recombination, this mechanism is likely to be a key early step towards retroviral integration. As researchers continue to monitor koala retroviruses, these beloved Australian icons may help us piece together our own genome’s history.