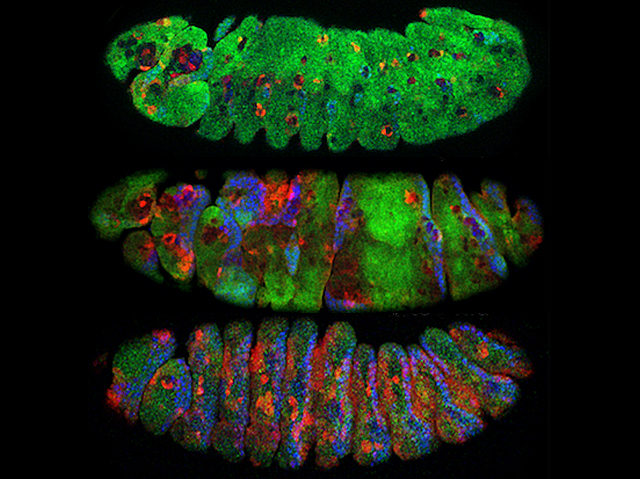 Factors involved in controlling the cellular pattern of the developing embryo

The crazy colours in these fruit fly embryos reveal important truths about how animals develop from a fertilised egg into a living organism. Each of them carries a different combination of faults in genes that are essential for laying down the basic pattern for the developing fly embryo, mapping out head, tail and all the parts in between. It was previously thought that without this information, cells get confused about where they are and what they should be doing, causing them to commit a form of ‘cellular suicide’ known as apoptosis. By carefully comparing the differences between these faulty embryos, researchers have realised that correct patterns normally generate ‘survival signals’, ensuring that each segment grows to the right size. If the patterns are disrupted then cells won’t receive the survival signals and will die instead – a process that might also be at work in embryos of many other species too.