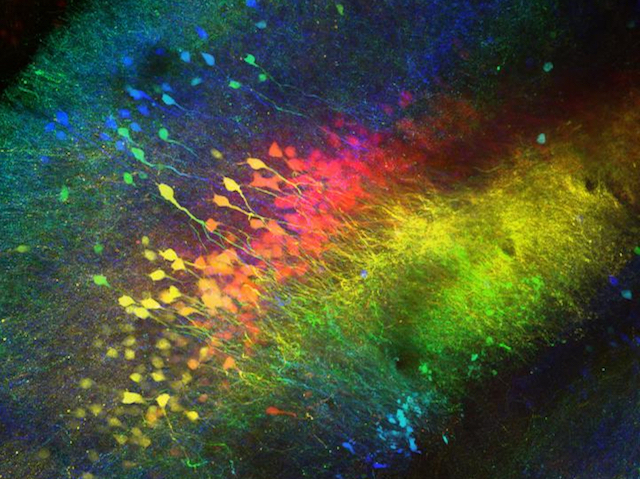 Whether with close family or total strangers, our social interactions generate memories and trigger social behaviours, from cooperation to aggression. Research in another highly social animal, the mouse, is helping to pinpoint the areas of the brain involved in these processes. Deep inside the hippocampus, known for its role in memory, neurons in the CA2 region (pictured) were shown to be crucial for memories of social encounters in mice. Recent work now suggests that this area also regulates aggression towards other individuals, via connections from the CA2 to the lateral septum, another brain area known to influence aggressive behaviour. When these communication lines were silenced, mice tended to be more tolerant of intruders. Problems with CA2 function have also been found in mouse models of schizophrenia, and CA2’s pivotal role in mediating social interactions could make it a promising area of study in the context of certain psychiatric disorders.