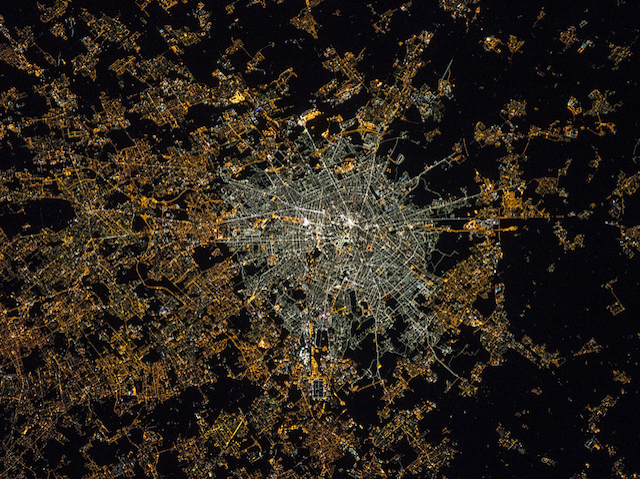 In 2012, astronauts from the European Space Agency installed an experimental camera on the International Space Station (ISS). NightPod adjusts for the movement of the ISS relative to Earth, taking clear shots of entire cities at night – like Milan, here. Like many cities, LED lights (white) are spreading out to replace traditional halogen lighting (yellow). LEDs are more efficient, so the swap should reduce worldwide energy consumption. Yet researchers believe LEDs are being left on for longer – the ‘radiance’ of the Earth’s surface is increasing, not decreasing. Piercing blue light, which makes LEDs glow white, surrounds some cities 24 hours a day. In addition to confusing wildfire and annoying stargazers, relentless light can disrupt the human circadian rhythm, increasing the risk of diseases like breast cancer. Researchers hope that future NightPod images will show signs of people remembering to switch off at the end of the day.