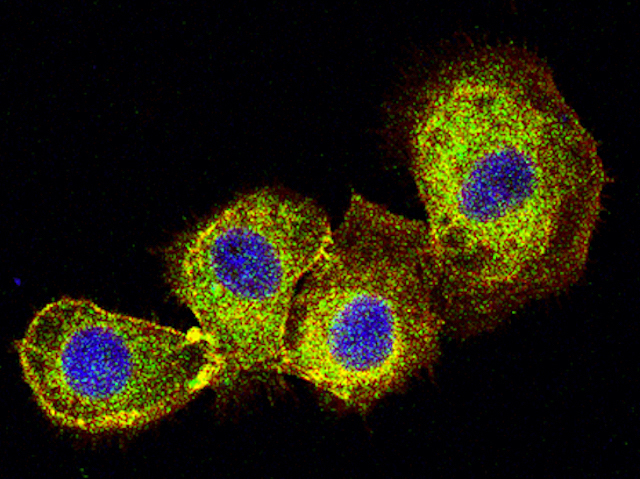 Cancer has thousands of different causes. One is human papillomavirus (HPV) – a virus that slips into cells, latches onto their DNA, and wreaks havoc by sending the production of certain proteins into overdrive. Understanding how this causes cancer, particular of the cervix or head and neck, will help scientists develop new treatments. Researchers looking at HPV observed that it spurs the overproduction of two particular proteins called E6 and E7, and that they in turn lead to an increase in a third protein, pirin (green in the cervical cancer cells pictured). They discovered that although both E6 and E7 play a role in this, E7 is the primary driving force. Furthermore, as pirin levels rose, cells were more likely to migrate to new areas – particularly dangerous because that’s how cancer spreads around the body. Armed with this information, we’re one step closer to understanding, and perhaps ultimately stopping, cancer.