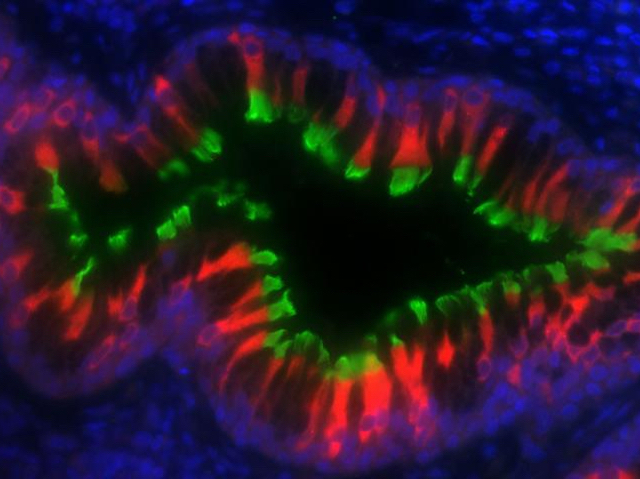 The human airways and sinuses are lined with millions of tiny hair-like cell protrusions called cilia, which continuously and rhythmically beat to promote the removal of mucous, debris and microbes. People with primary ciliary dyskinesia, however, have dysfunctional cilia and are plagued by frequent sinus, lung and ear infections. This genetic disease is generally caused by mutations in the cilia motor protein (coloured green in the trachea cells pictured), but some patients have mutations in an apparently unrelated protein called HEATR2 (red). Now researchers have discovered that while HEATR2 is not a component of the cilia motor itself, the protein is essential for correctly putting the motor together. In much the same way that the components of a car won't self-assemble if the robots in the factory are faulty, cilia won’t form without HEATR2.