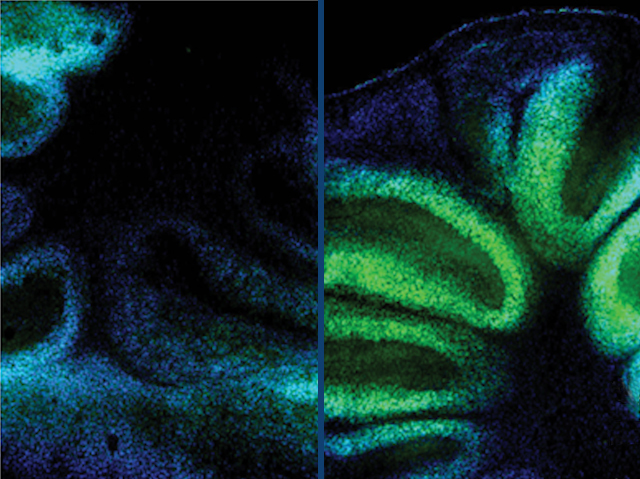 If you don’t fold away your clothes properly, they end up a misshapen mess. The same is true of proteins packed into every cell of our body, and serious diseases can arise when they get bent out of shape. Prion diseases are incurable and fatal ailments caused when particular proteins in the brain misfold. Researchers looking for new treatments blocked the activity of a group of molecular receptors in the brain and found the misfolded protein’s destructive effects were subdued. They did this in mice both by using a drug to obstruct the receptors, and by breeding genetically modified individuals without them. In both cases symptoms were reduced and brain deterioration was slowed, as shown by the distinct and intact structures (highlighted in green) in brain slices of an infected and treated mouse in good health (right), but which are absent in the ailing brain of the untreated mouse (left).