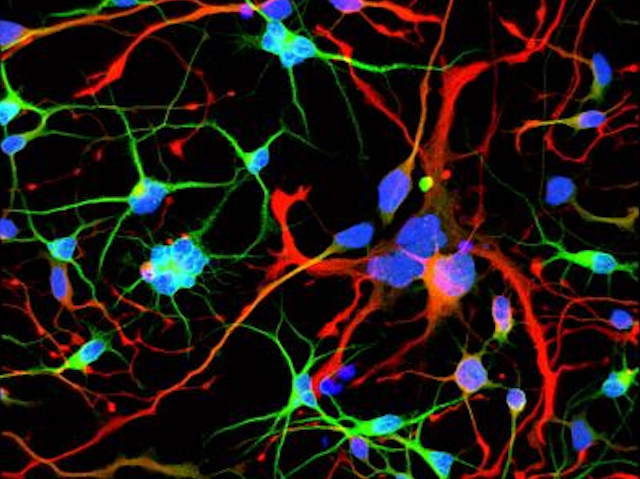 Huntington’s disease is one of the few inherited conditions whose genetic cause is clear-cut; this neurodegenerative disease develops in all individuals with abnormal nucleotide repeats in their Huntingtin (or HTT) gene sequence. Yet how this defective HTT causes neuronal loss is unclear, and the disease remains incurable. While most patients develop symptoms as adults, new research suggests that problems arise much earlier. To spot the first signs of Huntington’s, scientists monitored the development of the disease in human stem cells. They noticed that, as neurons [nerve cells] began to form, inaccurate partitioning of DNA during cell division led to abnormal neurons, with several nuclei per cell (pictured, as clusters of blue spheres). Cell lines completely lacking HTT showed similar issues, suggesting that the lack of a functional HTT could be causing the problem in Huntington’s. This fresh focus on early development could yield new avenues for research on this devastating condition.