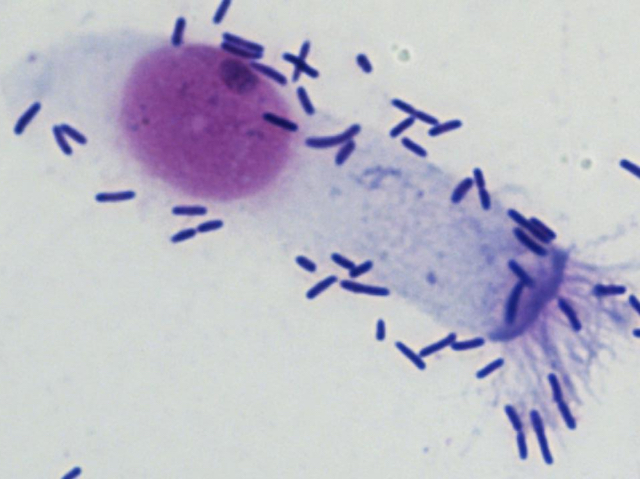 Vaping – inhaling the vapours from electronic cigarettes – is almost certainly better for ones health than smoking real tobacco cigarettes. But because so little is known about e-cigarettes and their effects on the body, it is probably wise to consider vaping as the lesser of two evils rather than harmless. As a prime example, new research shows that vaping enhances the ability of bacteria to stick to cells in the human airways. The number of pneumococcal bacteria (dark purple sausage shapes) that adhered to nasal cells (one pictured), for example, doubled after the cells were exposed to e-cigarette vapours. Vaping appears to increase the cells’ expression of a receptor that the bacteria use to attach and invade the body. The results therefore indicate that, like smoking itself, long-term vaping may increase a person’s risk of developing lung infections.