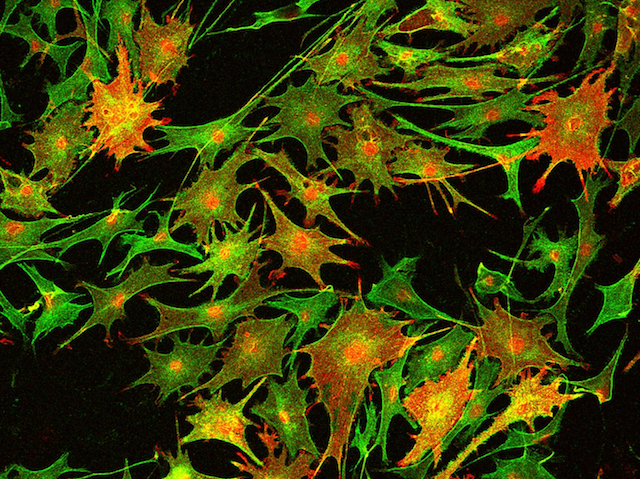 The pretty and delicate appearance of these cells belies their nature to protect. They are Schwann cells and their main responsibility in the body is to wrap themselves firmly around the tender axons of peripheral nerve cells, shielding them from harm, but also speeding the nerve’s electrical impulses to and from the brain. But the Schwann cell sheath – also called myelin – can sometimes become damaged by injury or disease, such as in multiple sclerosis where myelin is attacked by the body’s immune system. In turn, the myelin damage can interfere with nerve function and cause persistent pain. Now researchers have discovered a way to speed up myelin repair. Blocking an enzyme in Schwann cells called HDAC3 boosted their production of an essential myelin protein (red), which led to greater re-sheathing potential. Indeed, HDAC3 inhibition in mice with nerve injury both increased myelin thickness around the nerves and improved limb function.