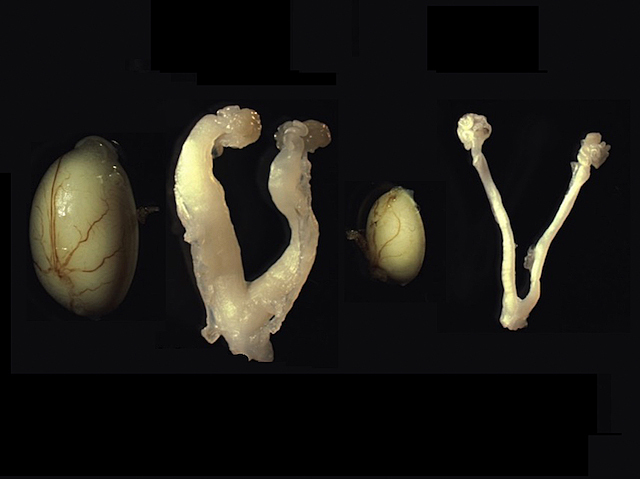 Every second four babies are born worldwide. Their beginnings trace back to their parents' reproductive organs, gonads. Gonads harbour germ cells, which, unlike the rest of the body’s cells with two, contain one set of chromosomes. A critical step in developing healthy gonads is the switch germ cells make from growing their numbers through a process called mitosis to one called meiosis. In fruit flies the protein Bcgn is crucial for this. Researchers now show that male and female mice with a mutant version of the mammalian equivalent protein YTHDC2 are infertile. In male mutants the germ cells in testes attempted meiosis, failed and died. In female mutants, the germ cells in ovaries also failed to survive. The end result: shrunken testes (third panel) and ovaries (fourth panel) compared to normal mice (first and second panels). When it comes to the birds and the bees, YTHDC2 is vital in mammals.