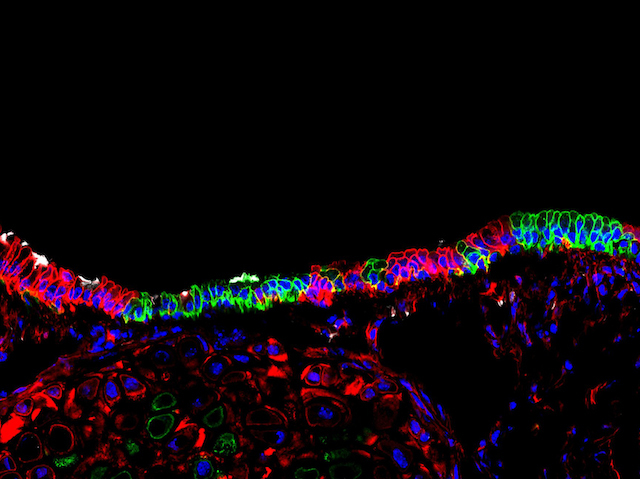 The new stars of regenerative medicine might just be glandular myoepithelial cells (coloured green). While they could do with a more catchy name, these cells have got what it takes to repair and rebuild damaged tissue like never before. These newly identified stem cells found in the mucosal lining of the lungs of mice have remarkable regenerative capacity and, following injury to the airway, can rapidly proliferate and differentiate into seven distinct cell types, repairing the wound and restoring tissue complexity. Importantly, researchers have also identified a protein factor called Lef-1 that controls the myoepithelial stem cells’ proliferation and differentiation. If Lef-1 and glandular myoepithelial cells perform similar roles in human lungs, its possible that therapeutic manipulation of Lef-1 levels could be used to promote regeneration in diseases where lung injuries are commonplace, such as cystic fibrosis, asthma and more.