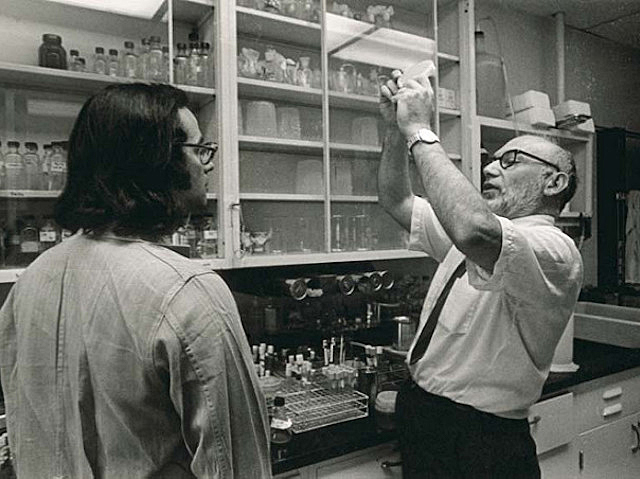 We are a mashup of our parents. Their genetic material mixes together to form the unique DNA combinations in each of us that produce the rich variety of human life. In contrast, bacteria – microscopic beings found in every nook of our planet – typically reproduce simply by dividing, meaning that successive individuals are all identical clones. We didn’t know of any way for bacteria to swap genetic information, until Joshua Lederberg (pictured, right) – born on this day in 1925 – found them exchanging little DNA loops (plasmids) along temporary connecting bridges in 1946. A few years later he showed they can also share genes without even touching, via a virus courier (bacteriophage). These mechanisms became core tools in the fledgling field of molecular biology, and the discoveries won Lederberg a share of the 1958 Nobel Prize. Appreciating the value of variety, he went on to pioneer the study of artificial intelligence and biology in outer space.