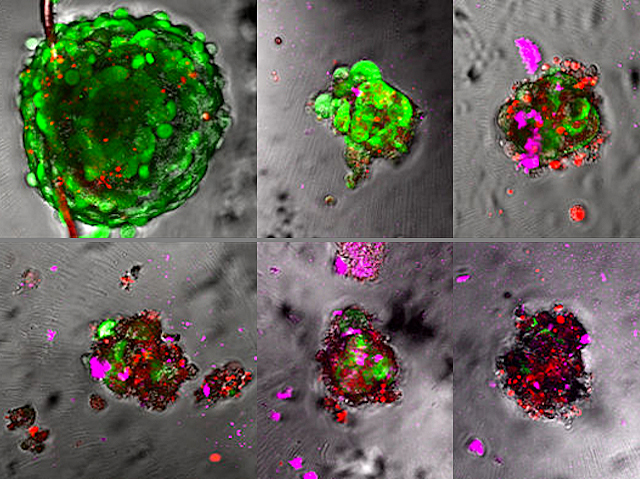 Some medicines take the sledgehammer approach: destroy the disease, even if that means some collateral damage and a trail of chaos in the surrounding area. But the best treatments work like silent assassins, sneaking up on a culprit without interfering with anything else, then vanishing without a trace. A new form of nanoparticles might be the latest to join the league of assassins. Microscopic molecules (pink) carry a deadly cargo which is only released when they encounter certain substances produced by cancerous tumours. Comparing untreated tumours (bursting with lively green cells, top left) to those drowning in dead cells (shown in red) as they face increasing doses of the drug (pink - concentration increasing from the upper middle panel to bottom right), highlights how effective the drug can be. And because the pills are modelled on sugar, the body knows how to break them down seamlessly once their mission is complete.