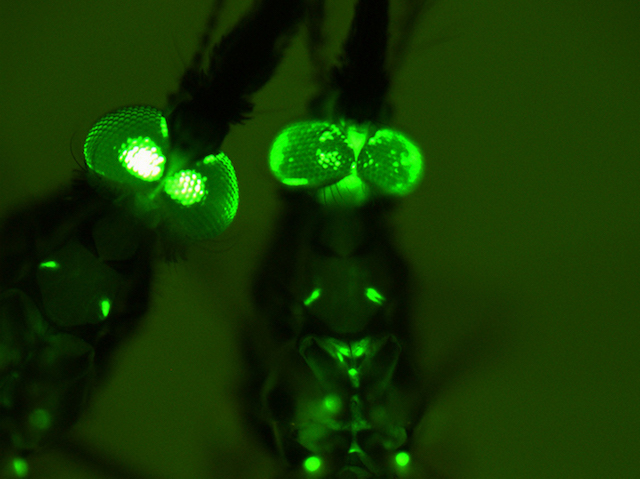 These glowing creatures may look like alien beings but in fact they’re genetically engineered Anopheles gambiae mosquitoes, which carry the parasite that causes malaria. Using a new type of precision gene editing technology known as CRISPR, researchers have switched off a mosquito gene called FREP1. This normally enables the malaria parasite to infect mosquito cells, so removing it makes the insects highly resistant to infection. Unfortunately taking away FREP1 also makes the mosquitoes weaker, reducing their ability to feed on blood, affecting fertility and egg hatching, and shortening their lifespan. The scientists are now working on ways to boost the fitness of their modified mosquitoes so they can compete with normal insects in the wild and help to spread parasite resistance through the population. Malaria kills nearly half a million people worldwide every year, so these engineered insects could be a powerful tool in the fight against the disease.