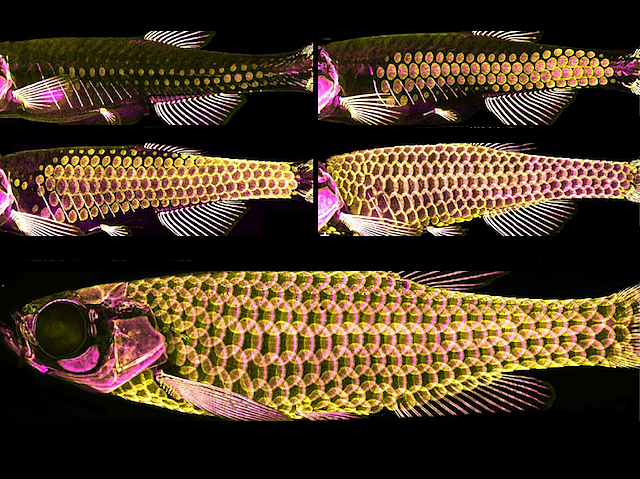 You may not think that your hairy human skin has much in common with a fish’s tough scales but you’d be wrong. Although skin and scales look very different, they have similar origins during early development. Our hairy skin starts from an embryonic tissue known as ectoderm, setting up a pattern of hair follicles and sweat glands in response to genetic signals. Ectoderm patterning also gives rise to feathers in birds and scales in reptiles. Researchers have now discovered the same process at work as fish makes scales by studying the genes involved in skin development in these growing zebrafish. The same genes and patterns also turn up as birds grow feathers, mammals produce fur and reptiles make scales. Discovering that the same molecular mechanisms are at work across such a diverse group of animals suggests a single shared origin for skin patterning, dating back more than 300 million years.