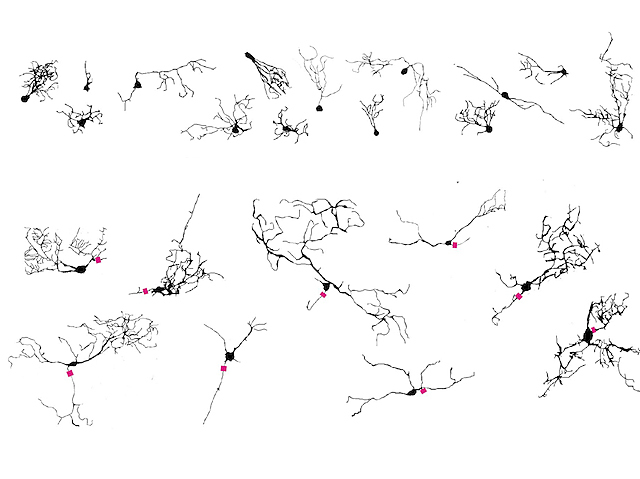 Although most of your brain cells were formed in the womb before you were born, a significant proportion is made after birth. But are there any differences between the nerve cells (neurons) laid down before birth and the ones that come along later? To find out, researchers have made these detailed maps of dopaminergic neurons located in the mouse olfactory bulb – the part of the brain that deals with smelling – which are produced both before (bottom) and after (top) birth. The foetal nerve cells have long ‘trunks’ known as axons, marked with pink squares, and tend to have more ‘branches’ than neurons produced once the animal is born. They also function in slightly different ways. Understanding these differences reveals a richer picture of how the brain works, and helps guide research investigating how new nerve cells could be made to replace those lost in neurodegenerative conditions such as Parkinson’s disease.