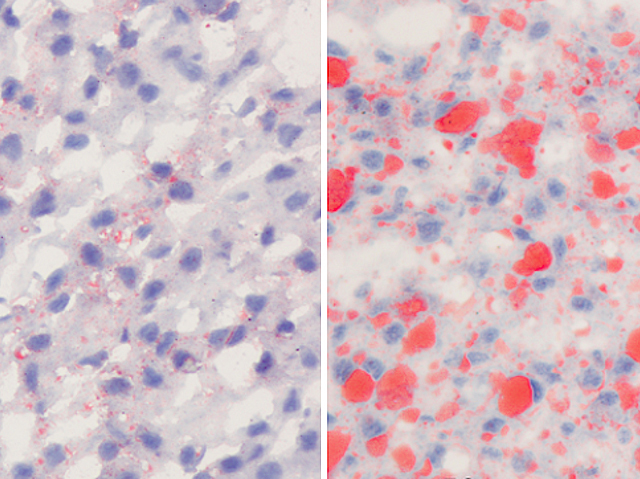 While it may seem obvious to place the blame for the growing obesity epidemic on poor diets or lack of physical activity, there’s still a lot we don’t know about why an individual person does or doesn’t put on weight. To find out, scientists are going back to the start of life. They’re investigating whether a mother being overweight in pregnancy influences whether her child is likely to grow up to be overweight too. Studying pregnant monkeys as a model for humans, they’ve found that fat droplets (red spots) build up in the livers of foetuses from obese mothers (right) but not in the offspring of females at a healthy weight (left), which might contribute to health problems and obesity later on. More than 50 per cent of women of childbearing age are overweight or obese worldwide, so it’s vital to understand how a mother’s weight affects their child’s health.