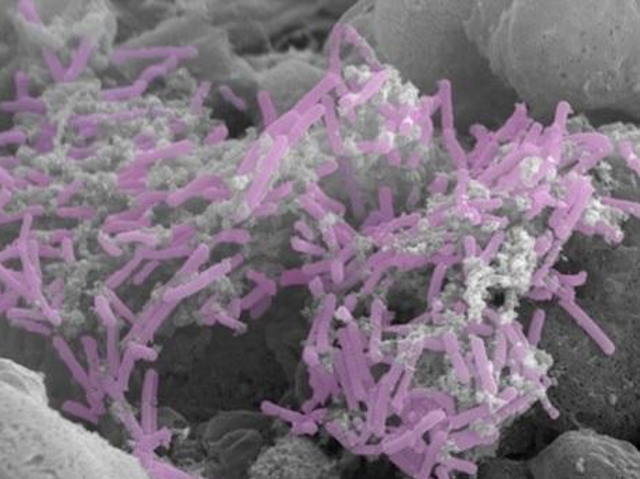 For many infections and diseases, the severity of symptoms suffered by one person can differ wildly to those suffered by someone else. Take human papillomavirus (HPV), for example. Some people who contract this common sexually transmitted virus are entirely symptomless, others may develop warts and, in some women, chronic HPV infection can ultimately lead to cervical cancer. While the reason for this wide spectrum of HPV effects is largely a mystery, researchers now have one piece of the puzzle. A recent study of 100 premenopausal women found that those with cervical cancer or precancer had fewer good bacteria, like the Lactobacillus crispatus pictured (pink), relative to bad bacteria in their vaginas than did women with healthy cervixes. Although the abundance of bad bacteria may simply correlate with rather than cause cancer, the observation nevertheless brings scientists a step closer to understanding cervical health and how to maintain it.