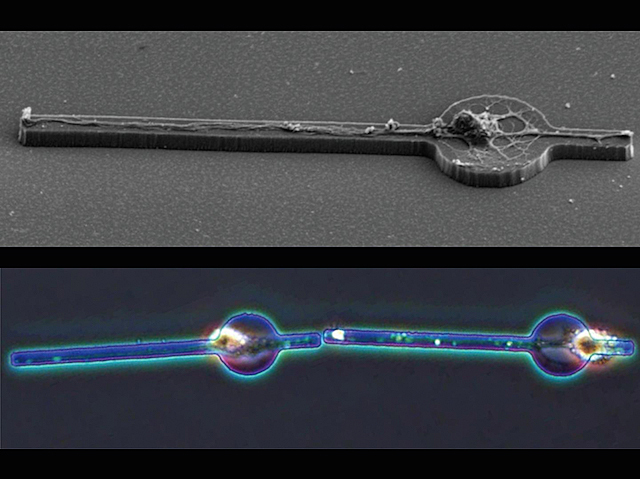 Scientists have spent hundreds of years untangling the brain’s complex web of neurons, calling on everything from powerful microscopes to computer simulations to help. But even after understanding how the cells fit together, it’s tricky to play with the pieces outside of the body – neurons need to be nurtured. Here microscopic sculpting known as micropatterning creates a perfect platform to encourage the sensitive cells to stretch out (top). Plonking a rat neuron’s body onto the circular stage, its spindly axon reaches to the left, while its dendrites extend to the right. By placing two of these platforms end-to-end (bottom), two neurons create a junction, or synapse, similar to those found in the nervous system. While a couple of neurons may seem modest compared to the brain’s 100 billion, its wiring develops from similar 'simple' connections – scaling them up into complex networks. Which is exactly what researchers plan to do next.