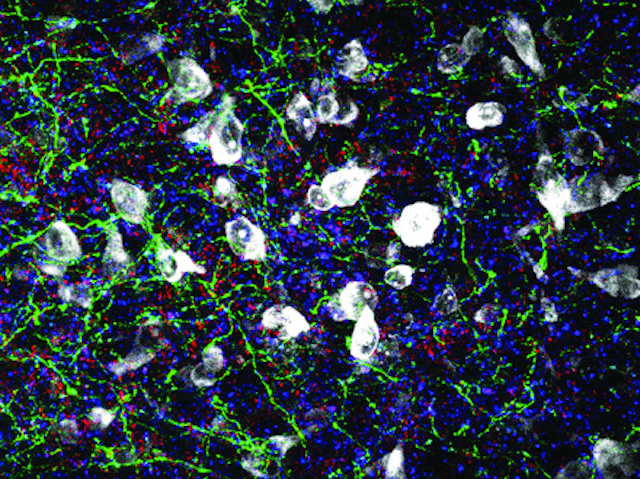 Some of the earliest insights into which areas of the brain control human behaviour came from studies of patients with psychosocial problems who had damage to one part of their brain. For example, injury to the front of the brain typically results in increased levels of aggression. While neuroscience has come a long way since these early days, with more sophisticated tools available to study how the brain works, we still know very little about how it controls aggression. However, a recent study in rats has found a group of cells in the prefrontal cortex that form connections (shown here in green) with cells in the hypothalamus (shown in white), a brain area responsible for controlling emotions. The team found that the rats began to violently bite each other when these connections were stimulated. Such insights begin to unravel the complex cellular mechanisms underlying the control of aggressive behaviour.