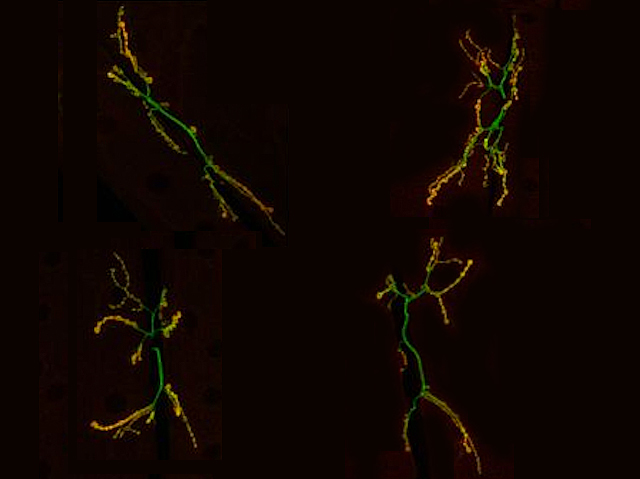 Our DNA has loads of copied bits – repeating sequences that sometimes contain important genes, changing how many copies of each we live with. While copy number variations (CNVs) often give people unique traits, they can bring also health issues – CNVs in a region of our genome called chromosome 16 are associated with autism. Investigating similar CNVs in the fruit fly – which shares about 70% of our genes – researchers watch as nerve cells (neurons) connect with muscles in their eyes. The heathy neuron (top left) spread outs, reaching out its yellow-ish round blobs called terminal buttons to connect which nearby cells. In the other three cases, genes prone to CNVs have been blocked, resulting in dramatic differences, with knock-on effects in nervous system development. As genes in similar CNV regions work together to coordinate normal human development – understanding this collaboration may help to pick apart the causes of neurodevelopmental disorders.