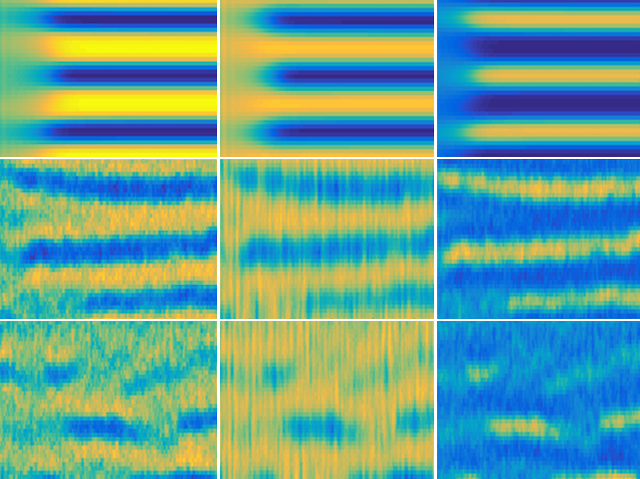 In 1952, acclaimed mathematician Alan Turing published a paper entitled “The chemical basis of morphogenesis”, outlining equations that could explain how simple chemical interactions could lead to patterns like spots, stripes and swirls forming in living organisms. Many biologists at the time didn’t understand the significance of his ideas, and he tragically died in 1954 before they could become more well known. Today’s computational biologists are resurrecting the concept of Turing patterns, as they’re known, using mathematical models to understand how patterns arise in nature. These stripes and splodges are computer simulations representing the stripy patterns of different coloured cells that spontaneously appear in a population of bacteria called Anabaena. By comparing the outputs of their simulations to real colonies, researchers have found that although a simple Turing pattern might get the stripes started it can’t explain their neat organisation, so it’s clear that more complex equations are needed.