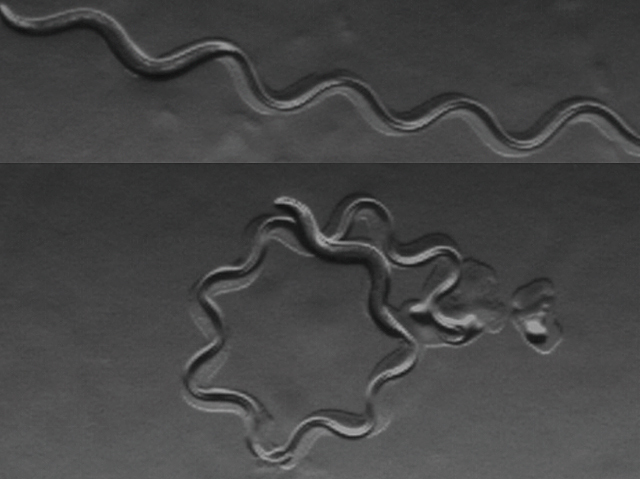 Ever feel like you’re going around in circles? That’s exactly what’s happening to the microscopic nematode worm in the lower picture. It should be snaking across the surface like the one on top, but it carries a fault in two genes called trp-1 and trp-2 that damages its ability to sense how it’s moving (known as proprioception). These gene faults affect specialised nerve cells in the worm’s head that should normally provide feedback about position and direction, sending information back to the muscles to keep the animal on track. Without these nerve signals, the worm loses the ability to steer in a straight line and goes around in circles instead. All animals need to sense their position and co-ordinate their movements in order to move through the world, whether that’s crawling, walking, running, flying or swimming, so maybe the same fundamental mechanisms are at work in other species too.