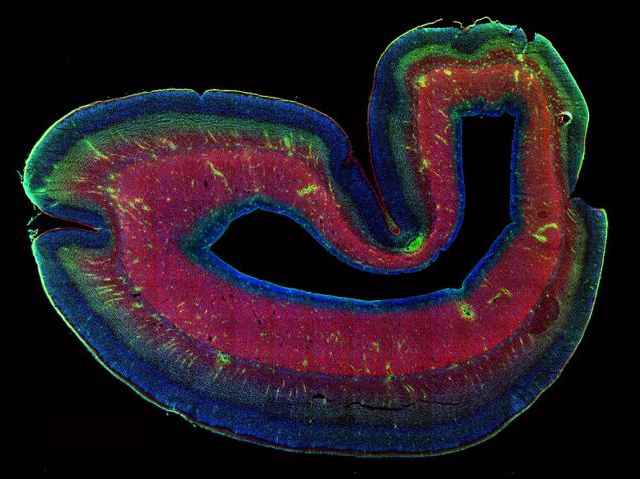 Cells of the developing brain once thought to vanish, have a purpose in maturity

It’s strange to think that a whole chunk of our brain was thought to simply disappear after we are born. The cells in the subplate, shown here in green in a young developing brain, are among the first cells to develop and are important in setting up the brain’s circuitry of 'wires'. Since the subplate doesn’t seem to exist in the adult brain, it was thought that these cells vanish after they've served their purpose. However, it turns out that this theory isn’t quite true. Instead, scientists have recently shown that subplate cells survive and mature into various types of cells found deep in the cerebral cortex, which houses everything from memory, cognition and language, to thought and consciousness. The mysterious case of the disappearing brain resolved, scientists will now look at understanding what this means in the wider context of brain development, in particular how these surviving cells influence childhood disorders like autism