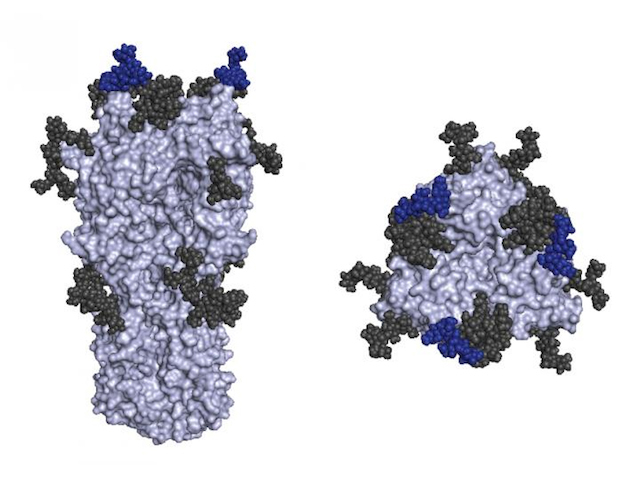 How the flu vaccine is mass-produced can affect its efficiency

Summer may seem like a strange time to be thinking about the flu but it’s a good time to talk about the flu vaccine, which is usually available from September. Because the flu virus continually evolves, every flu season needs a new vaccine. Yet the vaccine for the 2016-17 season wasn’t very effective, and scientists think they know why. Vaccines are made from flu virus proteins that are mass-produced in chicken eggs. When injected into a human, these proteins trigger an immune response that protects against the real virus later on. The flu protein in this image (haemagglutinin) recently evolved a tiny change in its structure that leaves it susceptible to chemical modification in the eggs, making it less likely to be recognised by the immune system and reducing its effectiveness as a vaccine. So using vaccines produced through other methods might provide better protection for the most vulnerable people.