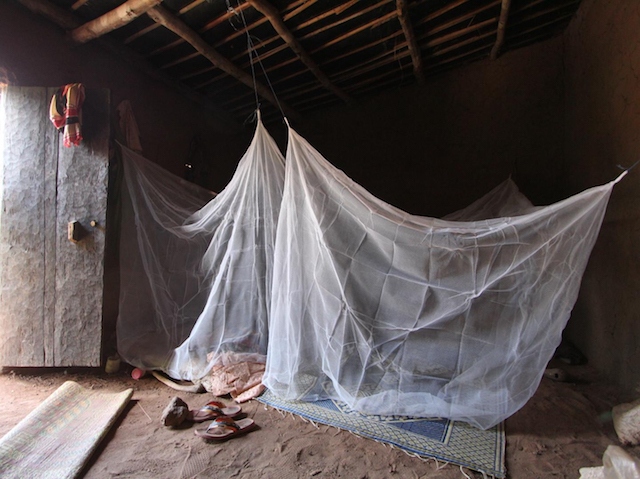 In the UK and many temperate countries, mosquitoes are mostly just a seasonal annoyance. But in countries where malaria is prevalent, they can be deadly. The malaria parasite, transmitted by the insects’ bite, infects approximately 200 million people a year, killing roughly half a million. Bed nets like the ones pictured, typically treated with an insecticide, are an effective way of preventing bites, but, as the results of a recent trial show, such nets can be improved. A new type of net treated with a chemical cocktail – an insecticide and a hormone that limits mosquito reproduction – has been tested in Burkina Faso where, compared with traditional nets, the new ones led to a 12 percent reduction in the number of malaria cases in two years. That’s a sizeable drop – if the results were extrapolated to the country’s population, the new nets could prevent more than a million cases of malaria.