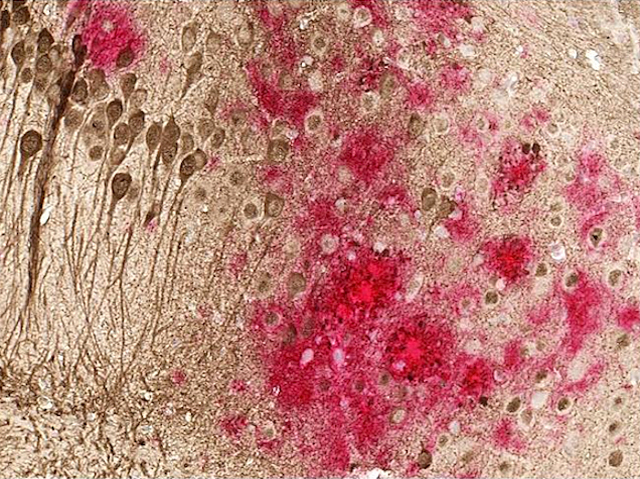 Nearly 47 million people in the world are living with Alzheimer’s disease or other types of dementia. Two tell-tale signs of Alzheimer’s disease are toxic proteins in the brain called amyloid plaques (in red) and neurofibrillary tangles (in brown). Scientists have recently developed a new vaccine that could potentially stop the build-up of these dangerous proteins. The team gave mice with brain plaques and tangles in their brain a DNA vaccine that triggered their immune system to produce the necessary antibodies to fight them. Not only did the antibodies reduce the number of amyloid plaques in the mouse brain by 40%, but they also indirectly reduced the number of tangles by 50%. Similar antibody treatments have been tested in the past, but caused dangerous brain swelling. Since this new approach had no side effects in the mice, it could be a promising new therapy to one day trial with patients.