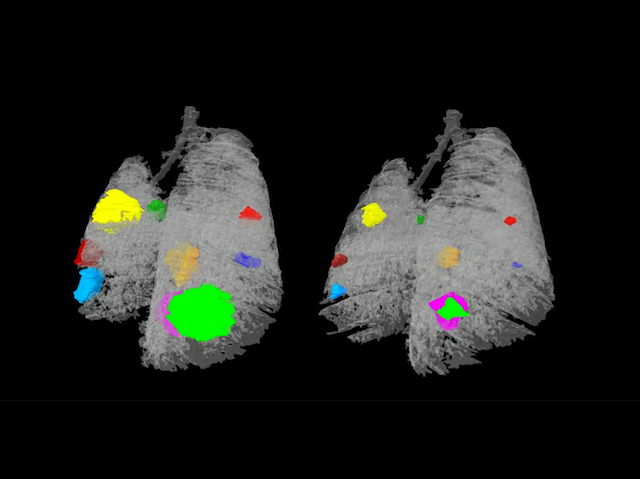 Any fight is easier to face with backup. And there are few more formidable foes than cancer. For some time, doctors have tackled lung cancers caused by a mutation in a particular gene, KRAS, with drugs that inhibit that gene’s impact. However, although these treatments can knock back the threat, it often bounces back, making these cases of lung cancer particularly dangerous. A new approach tried providing those inhibitors with backup, attacking not just that aspect of the cancer, but two other mechanisms as well. On tests in mice, the three-pronged approach successfully shrank lung tumours (right after treatment, with each colour representing a different tumour), and kept them small, while tumours in mice that received just the KRAS inhibitors tended to return. The study found similarly promising results in tests with human cells, suggesting this approach may help stack the odds against this deadly form of lung cancer.