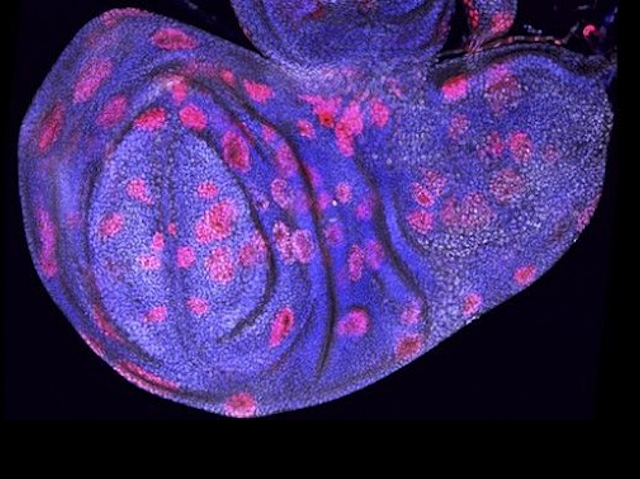 Cancer cells’ frenzied activity is what makes them so deadly. Their relentless replication is a recipe for disaster, and requires lots of energy, which comes from increased digestion of glucose. Two proteins, Hipk and Myc, are involved in this elevated glucose processing, but their roles are unclear. Researchers first fed fruit flies a coloured glucose alternative, to show it was drawn up excessively by cells high in Hipk. Other coloured molecules binding to Myc revealed increased Myc levels in the same cells (pink in the wing section pictured). Myc produces enzymes that digest glucose, and when these enzymes were then blocked, tumour growth was halted and Myc levels also dropped. That showed Myc and the enzymes encourage each other’s activity, like two troublemakers riling each other up. This feedback loop sends glucose consumption into overdrive, helping the cancer thrive, and might be a fruitful area for new cancer treatments to target.