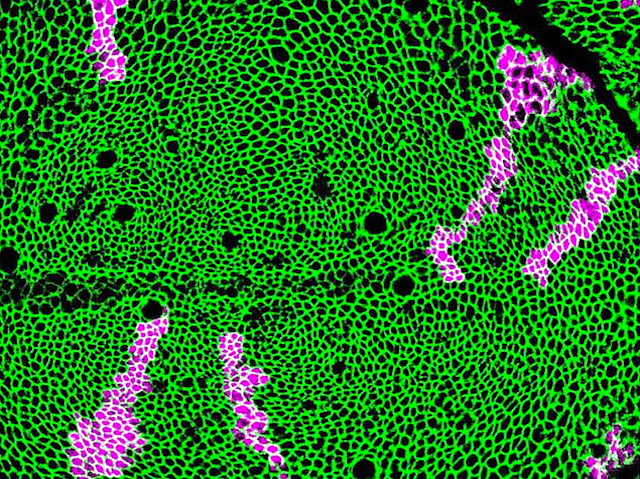 During development, stem cells produce groups of new cells with a common origin, known collectively as clones. In epithelial tissues, made up of continuous layers of cells, such as our skin or the lining of our gut, clones tend to stick together, as seen here in Drosophila fruit fly epithelium: the cells in magenta remain in their clones, rather than mixing freely with other cells (in green). Using computer simulations, researchers predicted that cell size is important for this behaviour, as smaller cells tend to break away from the rest of their clones and disperse among other cells, a pattern we also see in clusters of soap bubbles. When testing these predictions in Drosophila, as expected, mutant clones with smaller cells broke apart, intermingling with neighbouring cells. As cancer cells often vary in size, these findings could have important implications for the movement of malignant cells in epithelial tissues.