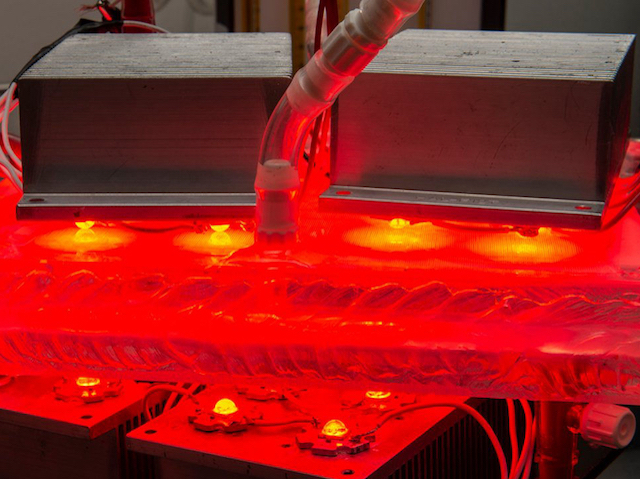 Like a master assassin, exposure to carbon monoxide (CO) can kill with no warning. The colourless, odourless gas 'infects' the body, starving it of essential oxygen by binding to haemoglobin, the body’s oxygen transporters. It has long been known that light can disconnect CO from haemoglobin, but unfortunately not much light shines inside the body. A new technique (pictured) has been developed to draw blood from the leg and pass it through a red light while adding oxygen, before reintroducing the cleaned blood via the neck. Initial tests in rats have been positive, and this is a promising alternative to the usual treatment of giving patients 100% oxygen gas to flush out the CO, which isn’t effective if patients also have lung damage. It removed CO from the body faster than pure oxygen treatment, and improved survival when the subject also had lung injury. This might light the path to improved treatments.