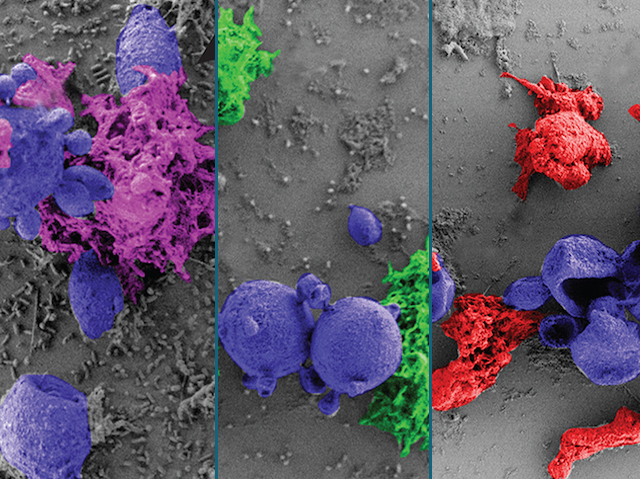 There’s a fungus that can live its whole life in idyllic, harmless isolation in the soil, but can also thrive in humans, causing paracoccidioidomycosis in rural workers in Latin America. To investigate how this fungus has learnt to thrive in and threaten human bodies, researchers investigated how it interacts with the soil organisms it most commonly comes into contact with, as this relationship was thought to be the first step in acquiring the ability to harbour in humans. They found the fungus (false-coloured in blue) interacts with several species of amoeba (purple, green and red). This interaction increased the fungus’ ability to not only survive in, but kill, amoeba and other single cells. Further experiments showed these fungi also primed to infect and kill larger opponents such as moth larvae and even mice. Understanding the details of fungus life in the soil might point researchers to new approaches to infection prevention.