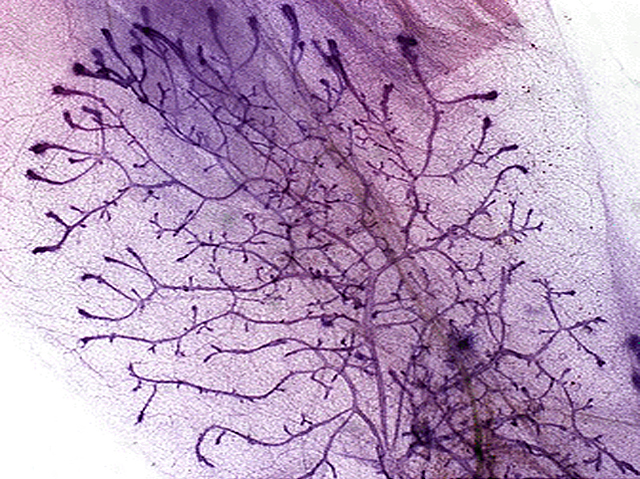 Insight into how breast duct growth is balanced during puberty

This branching tree isn’t growing in a forest. Instead, it’s the delicate system of interconnected milk ducts rooted inside the mammary gland [breast] of an 8-week-old female mouse, just after she’s gone through the mouse equivalent of puberty. During this time, surging hormone levels trigger the ducts to start lengthening and sprouting new branches from small buds at their tips, eventually spreading through the fatty tissue surrounding them. Scientists have discovered that a protein called Numb is essential for maintaining the tension between cells as the ducts extend and ensuring that they keep on growing to the right length. Removing Numb using genetic engineering techniques leads to shorter ducts, which might affect how well they can produce milk. Similar branching structures are found in many other parts of the body, such as the pancreas and lungs, so the findings may also help to explain how these other organs develop too.