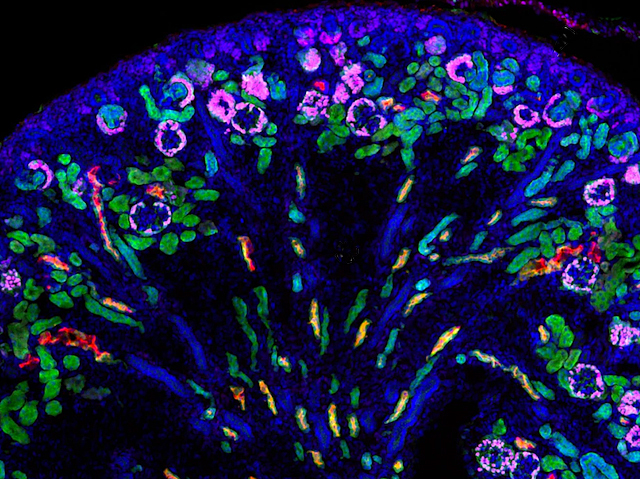 Protein identified with a critical role in kidney development

A complex network of tubules develops in our kidneys – plumbing waste chemicals out of the blood while allowing just the right amount of water and nutrients back in. Artificial fluorescent stains decorate this developing mouse kidney’s cells in blue, and cells in its early network of tubes in pink and red. A green stain highlights cells descended from mesenchymal nephron progenitors (MNPs), first found in the cortex (top) of the developing kidney which change or differentiate into the early tubes forming below. How MNPs are guided during development is a little mysterious, so later experiments investigated proteins found inside. One of these, called β-catenin, works in a careful balance to help form kidney tubules while making sure the segments of the kidney, called nephrons, develop as they should – further study may suggest how and when this important protein switches on and off during human development.