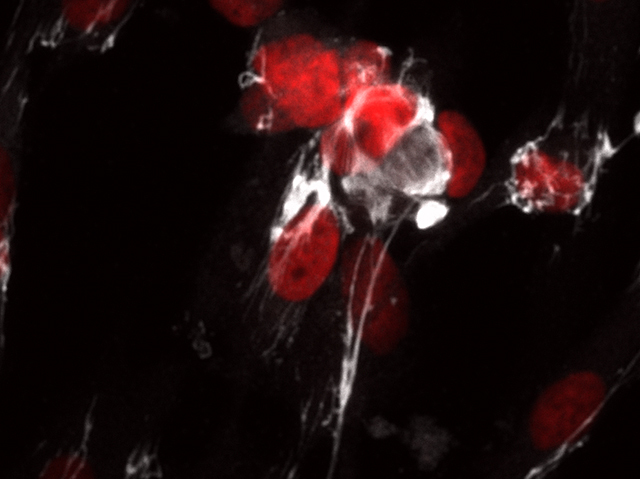 Why and how cells stick together

Just as a building needs mortar to hold the bricks together, your cells need ‘molecular mortar’– known as the extra-cellular matrix (ECM) – to hold them in place. Rather than being an inert sticky glue, the ECM is a mass of molecules that controls cell communication, movement, growth and function. So it’s unsurprising that problems with the ECM can lead to cells growing out of control, causing serious health conditions such as fibrosis [a build-up of thick scar tissue] or even cancer. These cells are fibroblasts purified from human lung, which produce the molecules making up the ECM. One of these, fibronectin, is highlighted in white. Thousands of people around the world are affected by fibrosis in their lungs – an irreversible, incurable condition that makes it hard to breathe. By studying the role of fibroblasts and fibronectin, researchers are understanding how healthy tissues are held together and why things go wrong.