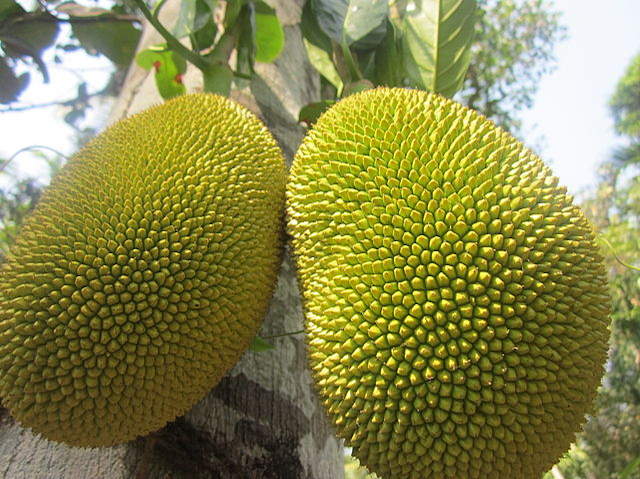 Jackfruit – a source of cellulose nanocrystals with potential biomedical applications

The most plentiful biological polymer on Earth, cellulose found in plant cells is an essential ingredient in biofuels and many foods. The skin of these jackfruit contain their own special blend of cellulose, with a microscopic surprise hidden among their curling fibres. Using a mixture of chemicals to extract the cellulose and then zooming in with a high-powered microscope, researchers found jackfruit contain tiny round cellulose nanocrystals. These natural particles may be artificially modified to carry drugs, act as scaffolding for healing tissues or used as biochemical sensors. What’s more, the world grows billions of jack fruit every year, yet the peel is inedible and often left to rot – just waiting to be squeezed of its useful cellulose.