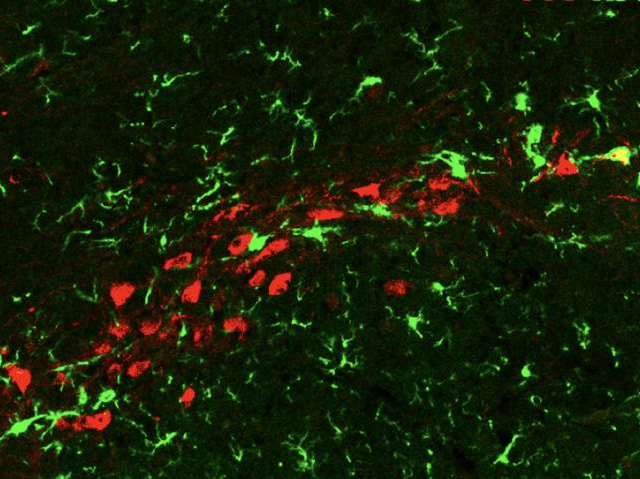 Insight into the control of brain cell senescence in Parkinson's disease

Parkinson’s disease is a neurodegenerative condition affecting cells in a part of the brain called the substantia nigra, which regulates movement. It’s thought that death of these neurons causes the characteristic body tremors and rigidity seen in Parkinson’s patients, but new research suggests the cells don’t actually die. Rather, they enter an undead, zombie-like state known as senescence. In tissues of the body where cells proliferate continuously, senescence is common, but the non-replicating neurons of the brain weren’t thought to adopt such a state. As well as shutting down functions, the senescent cells (stained red, here, in the brain of a model mouse) trigger local activation of immune cells (green), which can cause further damage. Importantly, researchers have identified a factor that controls both the zombie state and inflammation. Targeting this factor therapeutically could thus provide a way to halt the march of the undead and potentially defeat the disease.