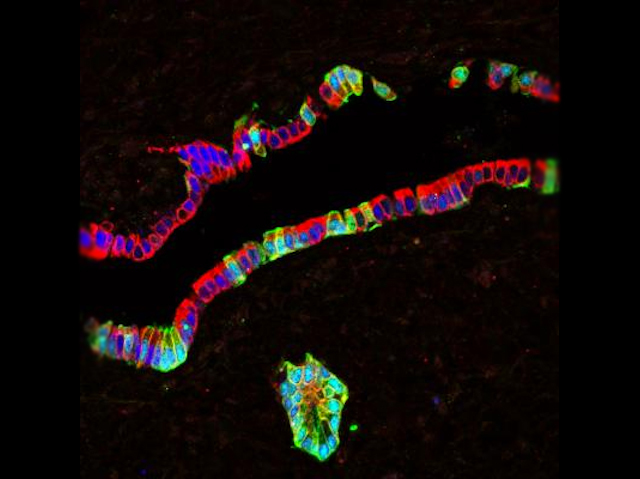 Nestled within the pancreas is a group of specialised cells that make a range of hormones, including insulin. Breakdown of these insulin-producing cells is one of the main causes of type 1 diabetes. These cells can regenerate, but the diabetes research community has long disagreed about how such regrowth happens. The debate has recently been settled thanks to a study showing that cells in the neighbouring pancreatic duct, a tube important in the digestion process, can regenerate into insulin-producing cells. The team found that some cells in the outer surface of this passageway (shown here in blue and red) can transform into other more specialised types of pancreatic cells, a process called differentiation. If these cells could be coaxed into becoming insulin-producing cells, scientists could design the first biological cure for type-1 diabetes, one in which patients re-grow their own insulin-producing cells.