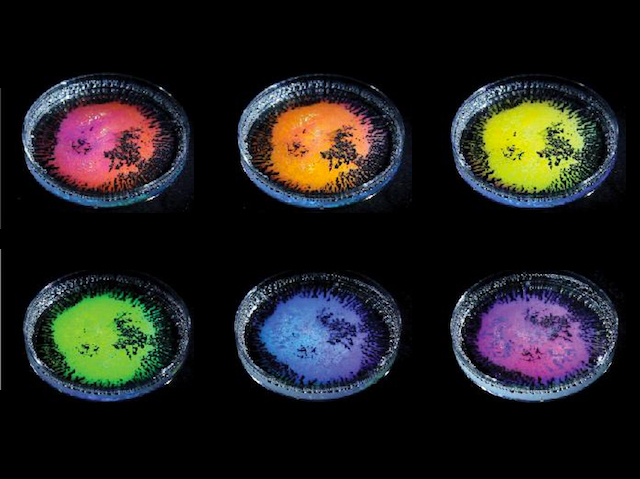 A burst of colour is a universal form of communication. We react to it – seeing danger, or maybe calm – it’s also a quick way to monitor changes during medical tests. Scientists and engineers are on the lookout for new ways to split, or refract, white light into its rainbow spectrum on demand. Here dishes of oil droplets display iridescence – illuminated with white light, they appear in different colours from different angles, creating a rainbow shimmer. The secret lies in obstructing the path of the light, a process known as structural colour – in this case two types of particles in the oil meet creating a hemisphere shape which refracts the light into coloured waves. It’s possible to manipulate these patterns, raising the possibility of using similar techniques to create iridescent paints, or perhaps new colorimetric sensors, worn of the body to keep tabs on bodily processes.