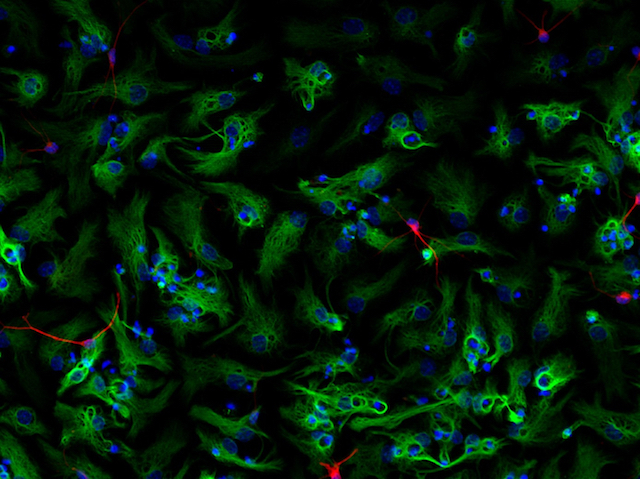 Exercise improves our health in many ways, potentially even boosting our ability to produce more neurons. In mice, exercise causes an increase in stem cells known as neural precursor cells (NPCs), found in a part of the brain's hippocampus, the dentate gyrus, which may give rise to new neurons during adulthood. Recent research suggests this is linked to changes in their blood, particularly their platelets, small blood cells responsible for blood clotting after injury. Mice given access to running wheels possessed more activated platelets, with different properties and protein content, than mice that had not exercised. In laboratory tests, blood serum from those active mice stimulated the multiplication of cultured NPCs (pictured, with cell nuclei in blue), while activated platelets even encouraged more cells to become neurons (in red). How exactly they do so remains unclear, but platelets may form an important link, passing the benefits of exercise onto the brain.