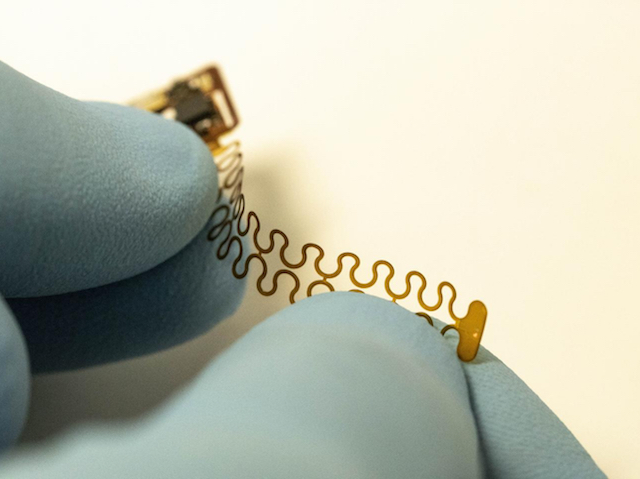 Monitoring oxygen levels in animal and human tissues is of relevance to the study of a wide range of diseases and conditions, including cancer, peripheral artery disease, stroke and more. But existing oximeters have their limitations. Animals may need to be tethered to the device, or anaesthetised, for example, and there is generally speaking a limit to the depth of tissue that can be assessed. The tiny device pictured, however, is a fully implantable, wireless oximeter that can be used in untethered live animals. It consists of a thin filamentous probe containing microscale LEDs and a photodetector – for assessing the different optical properties of oxygenated and deoxygenated blood – and an electronic unit for wireless charging and communication. Remarkably, the device has been shown to work when implanted into the brain of a freely moving mouse – a feat that would have been practically impossible with existing technologies.