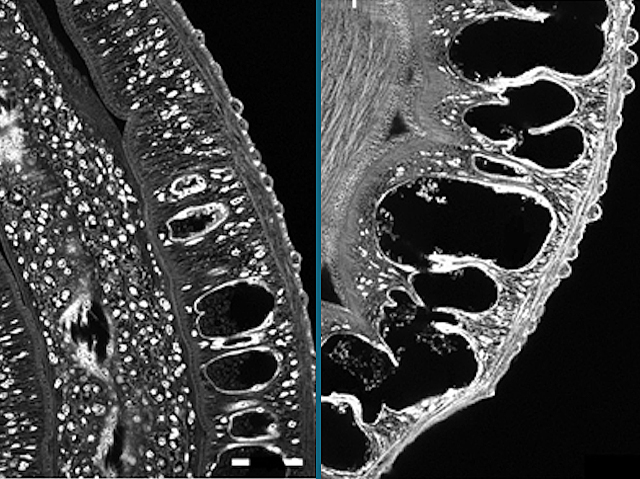 Compound from ladybirds is active against the Schistosomiasis-causing parasitic worm

A third of the world’s population is infected with parasitic worms called helminths. Schistosomiasis is one of the many diseases they cause, resulting in 200,000 deaths a year. On a mission to find new drugs to treat helminth infections, researchers turn to insects, specifically the harlequin ladybird, which produces a range of potent anti-microbials including harmonine. They tested the effects of harmonine on Schistosoma mansoni, the helminth responsible for schistosomiasis. Growing S.mansoni adults in dishes with harmonine resulted in damage to several tissues needed for their survival, including outer protective layers, reproductive organs, and the gut. The guts of harmonine-treated helminths (pictured, right) were distended compared to untreated helminths (left), as revealed by confocal microscopy. Increasing the dose of harmonine resulted in further damage and the eventual death of S.mansoni adults. These results provide new avenues for research into novel compounds to combat the diseases caused by helminths.