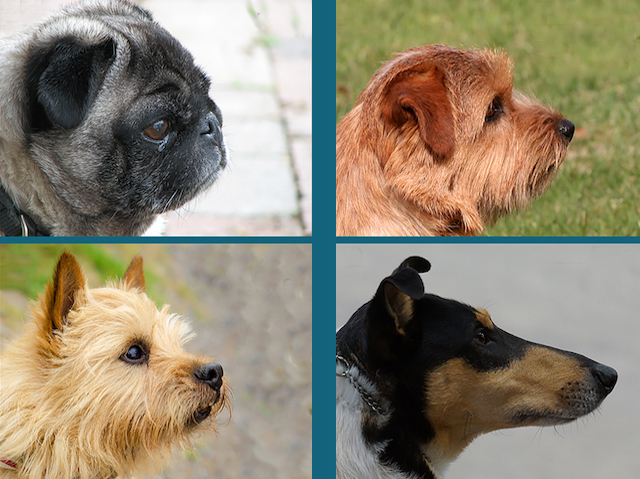 A gene fault, not just face shape, is involved in some dog breed's breathing difficulties - is the fault involved in human disease?

These Good Dogs can thank their genes for their good looks, from the Pug’s squished snout (top left) to the Collie’s long nose (bottom right). Selective breeding for certain characteristics can bring serious health problems, and flat-faced (brachycephalic) breeds like Pugs and French Bulldogs often have trouble breathing due to their squashed skulls and wrinkly skin. Curiously, Norwich Terriers (bottom left) also have breathing issues – even though they have longer noses than Pugs – while similar-snouted Norfolk Terriers (top right) do not. Researchers have discovered that many Norwich Terriers carry a fault in a gene called ADAMTS3, which is also found in brachycephalic breeds. This suggests that these breathing difficulties aren’t solely due to face shape and there are other genetic components at work. As well as explaining the origins of breathing problems in dogs, the findings might also shed light on lung disease in their human owners too.