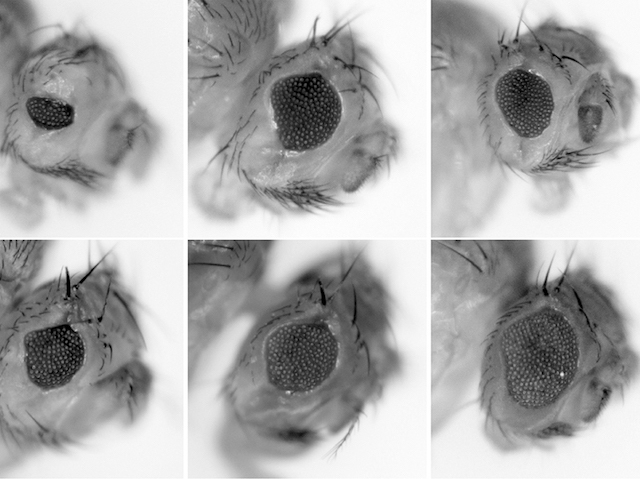 How genes and switches interact within and between chromosomes

The eye of a fruit fly is built using instructions encoded within its genes – stretches of DNA within the insect’s eight chromosomes. And, as you might expect, changes in these genes – or in the myriad control switches that turn them on and off at the right time and in the right place – can cause serious problems. Some of the switches are on the same chromosome as the gene they control, so it’s easy to see how they might work, but others are on different chromosomes and present more of a challenge. Scientists have been trying to unpick this confusion by breeding together a whole bunch of flies with different alterations in the control switches for a gene called eyes absent (eya), producing this gallery of strange-eyed insects. The results provide vital details about how genes and switches interact within and between chromosomes, giving insights into similar control systems in humans.