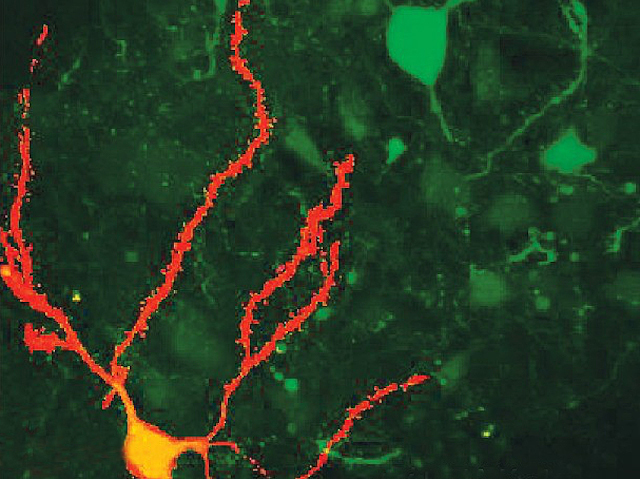 Insight into Huntington's disease from a mouse model

Huntington’s disease is an incurable inherited condition where brain cells progressively die. Caused by a mutation to the huntingtin gene, the disease has wide ranging behavioural and cognitive effects, including the inability to stop unwanted movements. Huntington’s motor symptoms originate in a brain area called the striatum. Now scientists have looked at how neurons in this part of the brain behave in mice genetically engineered to develop a Huntington’s-like condition. This image shows one such neuron illuminated in red. The team found that when levels of the huntingtin gene were lowered, some of the abnormal behaviours they noticed in these cells could be reversed. In future, these types of such insights into the role of the striatal pathway in Huntington’s disease could lead to gene therapies that target the striatum and help patients regain control of their movements.